Why Women & Work: 4 Reasons We Exist

Dirt clung to her nails as she scanned the rows of seeds they’d just planted. She felt accomplished. It was good to work the Garden and even better to eat its fruit. She and her husband enjoyed their labor and were unprepared for how it would be permanently altered all because of the voice of a Serpent.

Women & Work exists because work is from God.

In wisdom, God designed work as part of His good plan for creation. Women have always worked, even in the Garden of Eden, but the question today is where they should carry it out.

Women & Work seeks to foster conversation exploring how women can honor God and flourish in work that is done specifically in the marketplace. Our goal is to see them confidently step into the working world with the gifts and skillsets given by God, and view their work as meaningful to His Kingdom. There are 4 reasons Women & Work was created.

Women want their lives to count. They’ve heard messages about not wasting their lives, and inwardly they feel a deep yearning to heed this call. The Holy Spirit gives them the faith to step out to make an eternal difference.

How and where that occurs varies depending on the woman and her unique situation. God calls some to ministries such as the mission field or among women and children in the church. Others, though, feel a sense that their gifts and passions would better serve Him out in the working world, in jobs suited to fit their skillsets. Women & Work aims to encourage and affirm women with this inward desire and point them toward advancing the Kingdom of God through the work He’s called them to do.

2. Biblical Freedom to Pursue It

Women who are serious about their faith read God’s Word and seek to obey it. They know the commands to manage their households and to work at home (1 Timothy 5:11-14, Titus 2:3-5). Many women serve their families well in the pursuit of obeying these passages.

The fear, though, is that both men and women today read these verses through the idealistic lens of the 1950s American household instead of a biblical concept of home. The ideal of June Cleaver creeps into many people’s understanding of this instruction without them even realizing it.

In her book with Nora Shank, The Measure of Success, Carolyn McCulley reminds her readers that the home has often been the center for small business. Today, though, many homes have become more inward focused instead of a place from which productivity flows outward to the world.

The Bible is filled with examples of industrious women using their skills to earn a wage. The Apostle Paul was supported on his missionary journey by female businesswoman named Lydia (Acts 16:13-15). Her financial earnings and hospitality were crucial to Paul’s missionary success.

Female productivity is seen in no greater detail in the Bible than in Proverbs 31. This fictional woman models how women can work for the good of those around her, including her own household and those in the marketplace. She is diligent, enterprising, physically strong and kind. She enjoys the fruit of her labor and is praised for her strong work ethic.

These Scriptural examples and others affirm the God-given desire for women to pursue productivity in and outside the home.

Women of all circumstances have felt the pressure to fit into a certain mold, and they’ve also felt the judgment that follows when they don’t meet those standards. No matter her marital status or number of children she mothers, women hear a message of how they should be living.

Women & Work exists to show that biblical womanhood doesn’t have to be cookie-cutter. There is no one right way to be a woman who honors God. He has a unique design for every person and desires to be glorified in a million different ways on the earth He created.

While it seems there are many resources for women on mothering and homemaking, content to help women think biblically about work seems slim. We want to fill in that gap and offer resources to show how it can advance God’s Kingdom.

The #MeToo movement and the most recent light shed on gender wage gaps demonstrate that women are finding more of a voice.

Even within the Southern Baptist Convention, conversation about the treatment of women is taking place. Thousands have voiced their opinions on the subject, even as it relates to high-profile leaders within the denomination.

Women who are complementarian gladly affirm the biblical principles of male leadership in the church and home, but they’re also realizing the scope of their equality to men may be broader than they previously thought. For many women, this broadening includes work outside the home. They may sense God calling them to step out into the marketplace as they begin to see it as a viable option, especially in an appropriate season of life. Women & Work wants to affirm and resource women as they step into the working world.

God gave Adam and Eve purpose and joy as they worked the Garden. Today, He’s calling women to the same and is using them to advance His Kingdom on the earth. 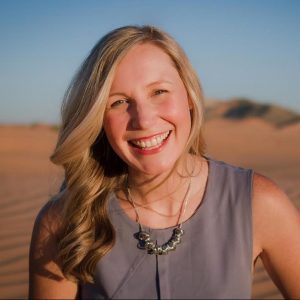 Courtney Moore is the founder and president of Women & Work, as well as co-host of the Women & Work Podcast. She holds a B.A. in Religious Studies from the University of Mobile and an M.A. in Biblical Counseling from The Southern Baptist Theological Seminary. Courtney is passionate about seeing Jesus Christ honored by women as they steward their gifts and leverage their unique potential for His glory. She has been married to Brent for 15 years. They have 3 great kids and live in El Paso, TX where Brent pastors LIFEchurch. 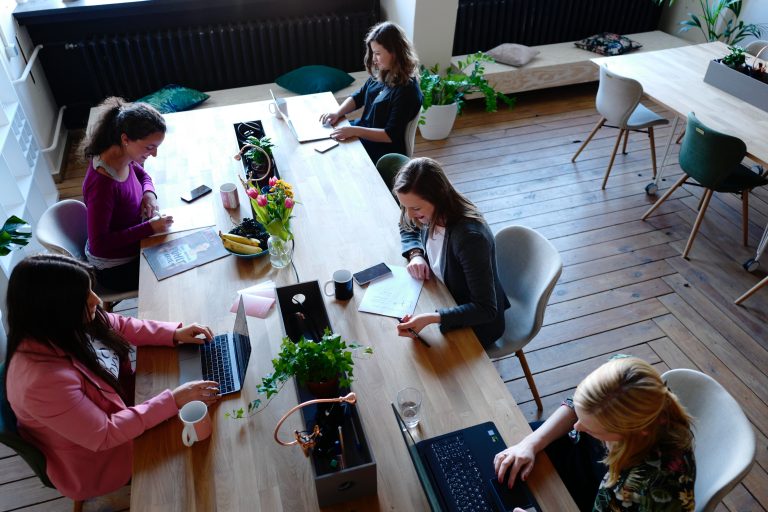 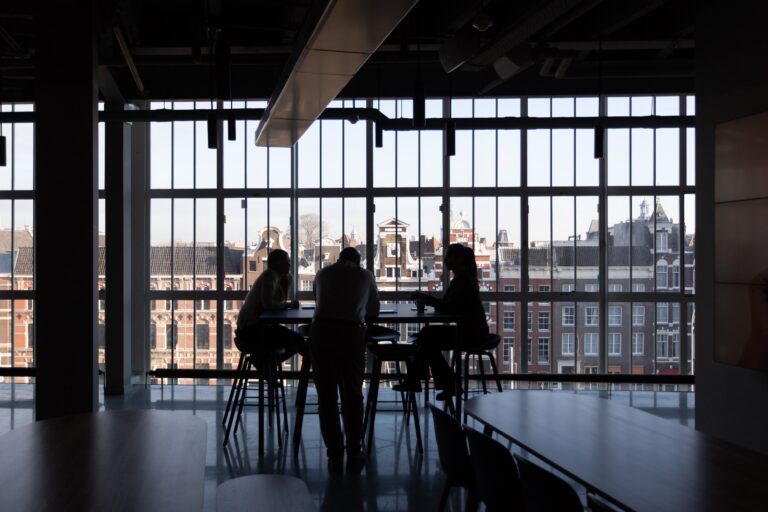 24 Questions to Consider Before Taking a New Job 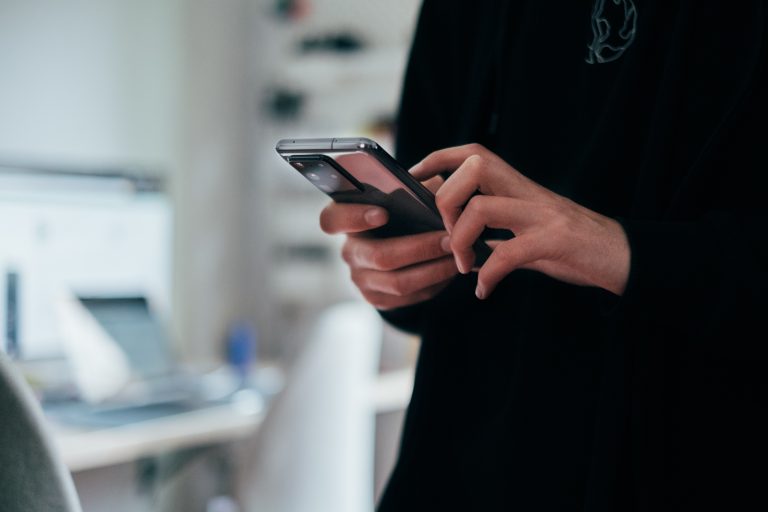 Three Questions To Ask Yourself Before Logging Onto Social Media  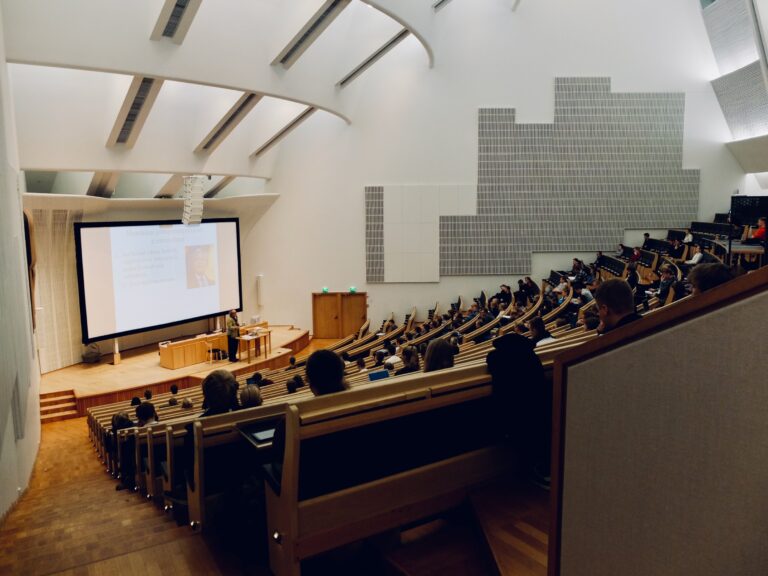 On Learning: Reflections on Learning Well